Skip to content
This Essay About Analogies Is a Lot Like an Old Man at a Country Store: It’s Filled With Useful Information

This Essay About Analogies Is a Lot Like an Old Man at a Country Store: It’s Filled With Useful Information

Occasionally, the content we teach fails to reach the majority of our students. In these instances, it’s as if the more we speak, the less they gain. Students become bored, lost, and otherwise drown in a sea of vocabulary and concepts, never quite reaching the bar we set during course planning. In response, it’s not uncommon for us—the instructors—to shift gears and take a new approach to student learning. We may introduce an activity, lead a think-pair-share exercise, or even flip the lesson. The goal is to make otherwise stale content more palatable so that the majority makes significant academic gains.

To this end, one weapon in any good teacher’s educational arsenal is analogy or metaphor usage. In this article, we define an analogy as a model that strives to connect two seemingly unrelated things through a common property. For example, rather than saying, “In equity markets, negative returns do not historically carry over into the succeeding year,” we might take the analogous approach and say, “The stock market is a lot like a tennis ball; they both bounce when they hit the ground.” While both statements describe the stock market, one strives to connect the stock market and tennis balls through a common rebounding property. Suddenly, through analogy usage, the task of understanding finance seems vivid and manageable.

Within the realm of higher education, the success of analogy usage has been well documented. For instance, analogies have proven successful in the business (Tucker, 2017) (Boggs, 2004), religious education (Scott, 2017), psychology (Knight, 2011), and physiology (Stavrianeas, 2005) fields, to name a few. The sciences are an especially hot discipline for presenting analogies, as much of this coursework involves conveying complex information through models. Collectively, the literature indicates that analogy usage not only reinforces ideas presented in class by promoting understanding (Coll, France, & Taylor, 2005) but serves as an attention-grabbing intervention known to foster class-wide participation (Didiş, 2015).

So, is the message to drop analogies whenever our courses are dragging? No. Analogies work by bridging unfamiliar content with something broadly relatable to students. Because content is the central point, too many analogies can make the educational landscape overwhelming and distracting. However, occasional analogy or metaphor usage can be powerful and memorable while encouraging learning.

Best Practices for Analogy Building
There are a few important characteristics that separate effective and ineffective analogies. Consider this list as you’re developing and/or refining those used in your classes.

1. A simple, central message.
As teachers, we are responsible for delivering crystal clear messages that our students can comprehend. Cloudy content causes student confusion and works against the learning process. Therefore, any tool we use to help students learn, including analogies, must be clear.  Consider concepts like paleomagnetism, poetic meter, or imaginary numbers. As notoriously challenging as they are for our students to comprehend, these topics are much more approachable when students view them as something more familiar. So, maybe our students begin to get a better grasp of the material when they connect paleomagnetism to tiny compasses, poetic meter to the cadence of conversation, or viewing imaginary numbers as skyscraper scaffolding—useful for connecting (mathematical) levels, but not strong enough to hold up the whole building.

When we think about analogy use in our own classes, we must ask ourselves whether or not our message is clear. Is the analogy largely forgettable or murky, or does it provide a truly memorable image or idea? Simple analogies that focus on a central point have the power to paint a picture that can last a lifetime.

2. Accuracy counts.
Accuracy in course content is critical. This responsibility holds true with analogy use. Imagine, through analogy use, a teacher describing vaccines as poison, tornadoes as pressure washers, or semicolons as deep breaths. These descriptions are objectively incorrect and oppose information a student should be learning in college. When information is incorrect, especially in an analogy, teachers effectively miseducate their students and set them up for struggles in future coursework or careers. Additionally, inaccurate details can cause distraction in students. Consider a colleague who refers to “Tatum Channing” while sharing an analogy about attraction between biomolecules. Although the analogy could be accurate, quite intelligent, and useful, it will probably be poorly received. Students are more likely to focus on the instructor’s inability to get Channing Tatum’s name correct over working on comprehending the concept.

Students trust that their teachers will give them accurate information about the real world…on all fronts. When our analogies come up short in terms of accuracy, we potentially jeopardize this trust with our students. As a consequence, their perceptions about reality become skewed. However, we can safeguard against tarnishing our student-teacher relationships by ensuring that our analogies are accurate and well thought out before using them.

3. Is the content relatable for students?
Every teacher occasionally goes through an uncomfortable silence that occurs when a class “doesn’t get it.” Sometimes it’s because the class did not hear what was said. Other times, they can’t process what they have been told. Yet another possibility is that they simply cannot relate to what they have been told. Now, imagine this empty reaction after they have heard a, in your mind, rich analogy you’ve just delivered. The message here is to recognize your audience and offer students referents within their general social purview.

Recently, the issue of content relatability came to light for one of us (Johnson) in a composition course. In this case, essay thesis statements were related to maps and paragraph topic sentences to street signs. The example was poorly received because the class was largely born around the year 2000 and had grown up learning to navigate by GPS. The students’ inability to relate not only provided a valuable teaching lesson for the instructor, but also underscored the importance of connecting with students for the sake of their learning. When developing or using analogies, it’s critical that your audience understand what you are presenting. Consider evergreen or current references rather than fads. Drawing a relationship between apple trees and the photoelectric effect will likely gain a warm reception because it’s an easy, timeless visual whereas comparing essay fundamentals to maps and street signs may not.

4. Consider beefing analogies up with light physicality.
There’s an old saying in education, “Show, don’t tell.” For example, don’t just talk about diesel engines; show students a picture of one or, better yet, have students physically work with one. Tactile or hands-on learning can provide an alternate pathway for students to learn new material and are more memorable. The same goes for analogy usage. Instead of teaching covalent bonding through lecture, show students how it’s a lot like shaking hands. There’s an obvious difference between talking about a handshake and actually shaking someone’s hand. In this example, marrying the analogy with light physicality demonstrates forming “peer-to-peer” covalent bonds to students. For English instructors, telling students that inverted syntax is like Yoda-speak might be useful, but providing examples of inverted syntax via your best Yoda impression is memorable. Perhaps on their next writing assignment, they too will be speaking like Yoda while working through their draft.

5. Practice before you preach.
Analogy usage is not a haphazard event. It takes planning and crafting to ensure that your message is received correctly. In fact, analogy usage is a lot like telling jokes. Both must be rehearsed to separate the good ones from the bad. Think of the comedic legends—Lenny Bruce, Rodney Dangerfield, Andrew Dice Clay, Mitch Hedberg—who gained their fame by writing and honing an act, joke by joke. Eventually, these comics would test their material in relatively small venues, noting what worked, what flopped, and what should be adjusted. They would not perform their routine to sold out arenas until the content was rehearsed and fluid.

The same can be said about analogy use in the classroom. Occasional, off-the-cuff analogies might seem great in the middle of a class, but they run the risk of being incomplete and irrelevant to student comprehension. For example, consider a biology teacher who describes cellular structure as nothing more than a “big bag of water.” The analogy might create a vivid image of a Ziploc bag containing water; however, cells contain a whole host of organelles and have mechanisms to allow molecules to flow in and out of the surrounding membrane, two things that are incompatible with a bag of water. The risk with unplanned analogies is that they might communicate concepts incorrectly, a reality that may not emerge until assessment time.

If you have a sudden idea for an analogy, resist the temptation of blurting it out during lecture. Think about your message. Work the analogy out. How can you most carefully word it? Run it by colleagues. What do they think? Record yourself delivering your message, and then listen to it. Does it sound right? Does it make sense? Is it relatable? Then test it out in class. Also, be prepared for failure. If your students do not understand the analogy, do you have an alternate approach ready to go?

6. Light humor is okay, but crass humor can spell trouble.
A colleague once shared how he had gotten into hot water for making an analogy between nucleophilic attacks (an important concept in chemistry) and sex. While the majority of the class had purportedly laughed at the connection, two students complained about the lewd comment to the dean. The matter eventually settled, but the damage made the room tense for the remaining weeks. Everyone enjoys a chuckle from time-to-time. However, the classroom is still a professional setting. Polarizing topics like sex, religion, and politics can certainly entertain, but they’re also likely to irritate and offend, two reactions that distract from the analogy’s educational message. Always consider the fallout from using controversial analogies in the classroom.

Conclusion
Analogies can certainly liven up your classrooms if done right. Carefully-crafted, rehearsed, and well-executed analogy usage supports the learning process by providing vivid imagery and common understanding for difficult concepts. In the end, good analogies leave a lasting and unforgettable impression on your students. 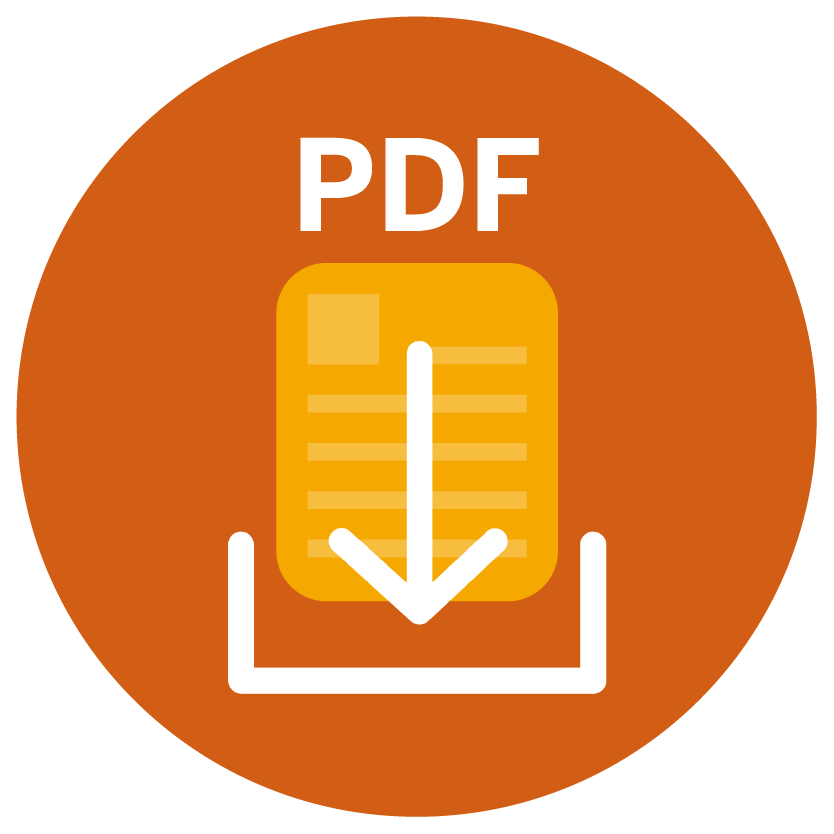