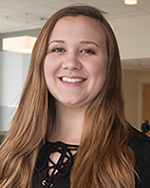 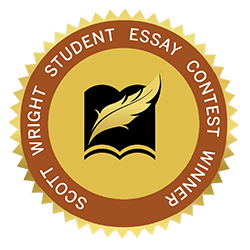 From Psyched Out to Psyched Up

When I stepped onto the campus of Harford Community College for the first time, I felt only like a number. I had not been washed over with the sensation that I was becoming part of something greater; I felt inferior. It certainly did not help that I had always believed I was the kind of person who was easy to forget. My goal was to do two things in college: get in and get out. There was no desire to do more than what my classes demanded. I definitely was not participating in any club activities; I didn’t even know where the cafeteria was. If I had stumbled upon an opportunity for a long-term job before graduation, I would have easily abandoned by collegiate ambitions. I successfully carried on this plan of getting in and getting out for an entire semester. I spent 15 weeks seeing only the patches of sidewalk, grass, and pavement that connected my classrooms to my car.

My plan came to an abrupt halt, however, the day I walked into the classroom of Professor Elizabeth Mosser. She epitomizes confidence, kindness, and poise with her soft voice and her fire-red hair. I had no idea my life was about to change forever.

A few weeks after classes began, I emailed Professor Mosser to ask for assistance on an assignment. Replying back with many exclamation points, she kindly suggested that we set up a meeting. Would Monday work? Without knowing why or how, I walked out of that Monday meeting as a member of the psychology club. “I think you would be perfect for this club,” she told me. That simple phrase ignited a sequence of events. Two months after I joined the psychology club, I became the president. The same person who used to consider herself a mere number became a leader. I had a lot of responsibility in front of me that I was not sure I could handle, but almost every day Professor Mosser would email me or text me to tell me what a wonderful job I was doing.

Subtlety is not Professor Mosser’s strong suit. If you are fortunate enough to have her believe in you, then you should expect that she will relentlessly push you to reach your full potential. She believed in me, she saw potential in me, and she continued to remind me of that. Whenever I faced a hurdle, she made herself available to help me overcome it.

She believed in me when nobody else would, including myself. I am indebted to Professor Elizabeth Mosser for her faith in me, which allowed this originally lackluster student to transform into an ambitious leader, a member of Phi Theta Kappa, the holder of an Honors certificate, and, this spring, the recipient of an associate’s degree. Without her, I would not have the confidence to say that I am ready to take on the next adventure.