Teaching is so often mired between two cultures: one driven by the rigors of a content-focused curriculum, and the other centered on academic freedom using imagination and originality. This dichotomy is best illustrated between the humanities, seen as lacking the rigor of the sciences and mathematics, and the sciences, seen as lacking the creativity of the humanities. However, teachers and students alike recognize that learning is considerably more gratifying when subjects weave together naturally, rather than to remain compartmentalized. During this workshop, participants learn to implement The Inspirational Six (The i6), six strategies to cultivate and inspire collaboration, creativity, and intellectual versatility to bridge a wide range of subjects and enhance the learning experience. The i6 provide positive, effective teaching methods and strategies focused on six fundamentals: Animate, Originate, Rejuvenate, Stimulate, Deus Ex Machina, and Tell the Story. Ultimately, The i6 help instructors rekindle exciting interdisciplinary connections and show students how academic subjects can work in tandem to provide the thoroughness and discipline necessary to attain the full creative potential of humanity.

By the end of this workshop, participants know or be able to:

Participants can claim a digital badge and certificate upon completing the workshop and a post-workshop survey.

Stewart Barr, Philosophy, Humanities, and Linguistics, Pima Community College (retired)
Stewart Barr’s unique “Mephistophelian” style of teaching attracted hundreds of students with the desire to not simply learn, but to think differently during his 35-plus years in higher education. He was faculty in and chair of the humanities, philosophy, religion, and speech departments at Pima Community College in Tucson, Arizona. He has been awarded Best of Pima, Outstanding Faculty, and Phi Theta Kappa Honor Society Faculty of the Year at Pima Community College. In 2006 he was invited to present at the Oxford Roundtable on Religion and the State. He is very active with NISOD, having presented at the organization’s annual conference as a Master Presenter, facilitates conversations for the Monthly Webinar Series, and recently co-authored an article published in Innovation Abstracts. He has also worked across the curricula to develop interdisciplinary courses, including Bio-Medical Ethics in Biology, Philosophy of Law for Business, and the Philosophical Foundations of Science for Physics. He has a B.A. in Philosophy with a minor in Comparative Religion, an M.A. in Oriental Studies with a minor in Linguistics, and a Ph.D. in Philosophy.

Anthony Pitucco, Physics, Mathematics, and Logic, Pima Community College (retired)
Anthony (Tony) Pitucco is best known as the creative educator who injected comedy and playful, over-dramatized acting into his physics lectures at Pima Community College in Tucson, Arizona. Tony has been actively involved in higher education for over 40 years. He was faculty in and chair of the physics and astronomy departments at Pima Community College where he also taught mathematics, philosophy, and humanities. Tony holds several awards, including The Carnegie Foundation for the Advancement of Science Arizona Professor of the Year, The Dr. Wayne McGrath Outstanding Faculty Award, the Pima Community College Outstanding Faculty Award, and was selected by USA Today to receive the Teaching Excellence Award Top 50 Professors in the USA. Tony has also authored articles that have appeared in various academic journals such as Astrophysics and Space Science and The Physics Teacher, and has co-authored a children’s textbook titled, The Restaurant at the Beginning of the Universe. He is very active with NISOD, having presented at the organization’s annual conference as a Master Presenter, facilitates conversations for the Monthly Webinar Series, and recently co-authored an article published in Innovation Abstracts. In 2016, Tony was one of the selected faculty to establish and present Best Practices in Teaching Physics in China’s Shunde Province to their university faculty. Tony holds a B.S. in Physics, a M.Ed. in Philosophy and Foundations of Education, a M.S. in Mathematics, and a Ph.D. in Applied Mathematics in the area of mathematical physics. 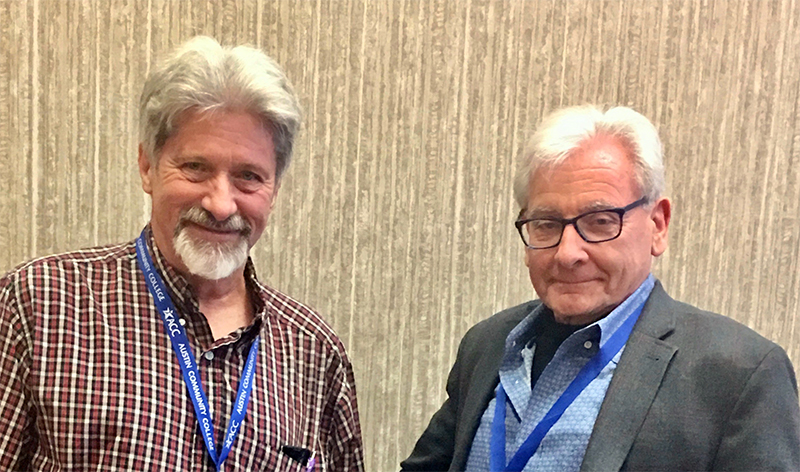 Please contact Edward Leach at ed@nisod.org or (512) 232-1430 for additional information or to arrange to have a campus-based workshop or regional workshop brought to your college or area.

Workshops supplement NISOD’s offerings of professional development programs and resources, which culminate with NISOD’s Annual International Conference on Teaching and Leadership Excellence held every Memorial Day weekend in Austin, Texas. NISOD’s annual conference is noted as the premier convening of community and technical college faculty, administrators, and staff who strive for excellence in leadership, teaching, and learning. For more information about NISOD’s conference or to register, visit www.nisod.org/conference.